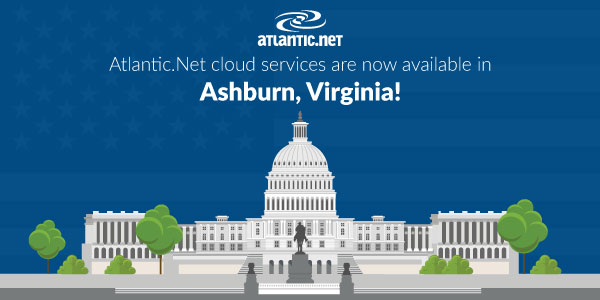 If you need the lowest latency and fastest routes to 70 percent of the world’s web traffic, our new Ashburn, VA (USA-EAST-3) location is now available. This latest addition is located in the heart of the world’s data center capital. You can now utilize our full suite of hosting services with the same power, speed, and reliability Atlantic.Net is known for in our Ashburn, VA (USA-EAST-3) location: END_OF_DOCUMENT_TOKEN_TO_BE_REPLACED

Many technology professionals are excited by the significant benefits and enhancements the Internet of Things (IoT) can bring to the healthcare sector. The future of IoT healthcare data and the enhancements that can be offered to the patient’s care are intriguing, unfortunately, there are many obstacles that must be overcome to make it a viable technology for the healthcare profession. END_OF_DOCUMENT_TOKEN_TO_BE_REPLACED

This article also appears on NGINX’s blog. Read at NGINX >

Will Ascenzo is a blogger, copywriter, and technical writer for Gillware Data Recovery and Gillware Digital Forensics.

With how prevalent data breaches are in the news cycle now, data breaches seem to be every big business’ bête noire. Most at risk of data breaches and cyber attacks are organizations in the financial industry and healthcare industry. Due to the sensitivity of the healthcare data and HIPAA regulations regarding the unauthorized access to and disclosure of protected healthcare information, the threat of data breaches presents a particular problem to HIPAA-covered entities and business associates of all shapes and sizes. END_OF_DOCUMENT_TOKEN_TO_BE_REPLACED

Inside the healthcare industry is an abundance of sensitive and valuable data. This has created a massive attack surface. HIPAA (Health Insurance Portability and Accountability Act) was created to minimize the attack surface and create a national standard for security and privacy of healthcare-related data.

Just how many healthcare-related data records have been breached? According to the HIPAA Journal, approximately 54.25% of the U.S. population has been subjected to a data breach between 2009 and 2017. HIPAA Journal states that the above percentage equates out to 176,709,305 records stolen. END_OF_DOCUMENT_TOKEN_TO_BE_REPLACED 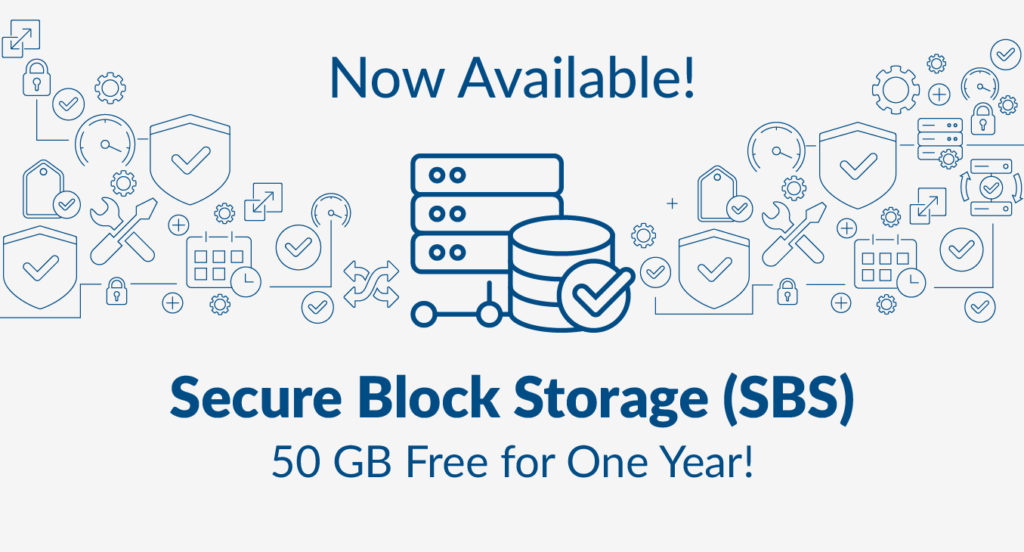 We are excited to announce the release of Secure Block Storage, enabling you to easily attach additional storage to your cloud servers to scale workloads more easily.  Designed for 99.999% availability, SBS volumes are automatically replicated multiple times to protect your data from component failure. With SBS, storage can be increased on-the-fly and moved between your Cloud Servers within the same region. Additionally, SBS volumes are automatically encrypted at rest and connected to your Cloud Servers over an isolated storage network to ensure a secure environment for your data.  To help you get started using SBS, we are offering 50 GB of SBS free through June 14, 2019, for existing customers and one year from the date of signup for new customers. You can increase the space of SBS volumes for an additional 7.9 cents per GB per month. END_OF_DOCUMENT_TOKEN_TO_BE_REPLACED

5G. It’s coming. But when? And what exactly is it?

A staggering amount of people in the US think that 5G is just a better, faster version of Internet for their phones and Internet-capable devices.

5G is no technology at all; it’s simply the shortened name for the 5th Generation of mobile network that at some point will be ushered on to the scene and become the latest wave of telecommunications infrastructure reform. What that technology will actually be is still not completely defined as companies at home and abroad race to be the first to master a solution that can be successfully mass-produced. END_OF_DOCUMENT_TOKEN_TO_BE_REPLACED

Data: our whole world runs on it in some form or fashion.

It defines our business decisions, it lets us buy anything we want, delivered the next day, and it even tells our sports teams who should bat next in the lineup.

The power of data is immense. And when that power falls into the wrong hands, it generates such enormous problems that it can take years to sort them out. END_OF_DOCUMENT_TOKEN_TO_BE_REPLACED

All businesses should have a business continuity plan (BCP), especially companies that rely on IT infrastructure to support or operate their business model. A business continuity plan is a predefined business process created to document and demonstrate the planning undertaken to prevent a disaster scenario occurring.  The BCP also documents and demonstrates the process of how a business will recover from a declared disaster scenario. The disaster could be caused by any number of scenarios; typical causes may be user error, hardware failure or a natural disaster. END_OF_DOCUMENT_TOKEN_TO_BE_REPLACED

For businesses that rely on their websites for revenue or as their customers’ main gateway to information, there’s nothing more frightening than the threat of a distributed denial of service (DDoS) attack. Revenue lost, service interrupted, brand identity marginalized, trade secrets or customer data stolen; it really does sound like the worst-case scenario. Some companies hope that they are too small to be noticed by hackers, others that their size alone implies they must have ample security to survive a DDoS attack. Both ways of thinking are horribly misguided, as has been proven time and again. END_OF_DOCUMENT_TOKEN_TO_BE_REPLACED