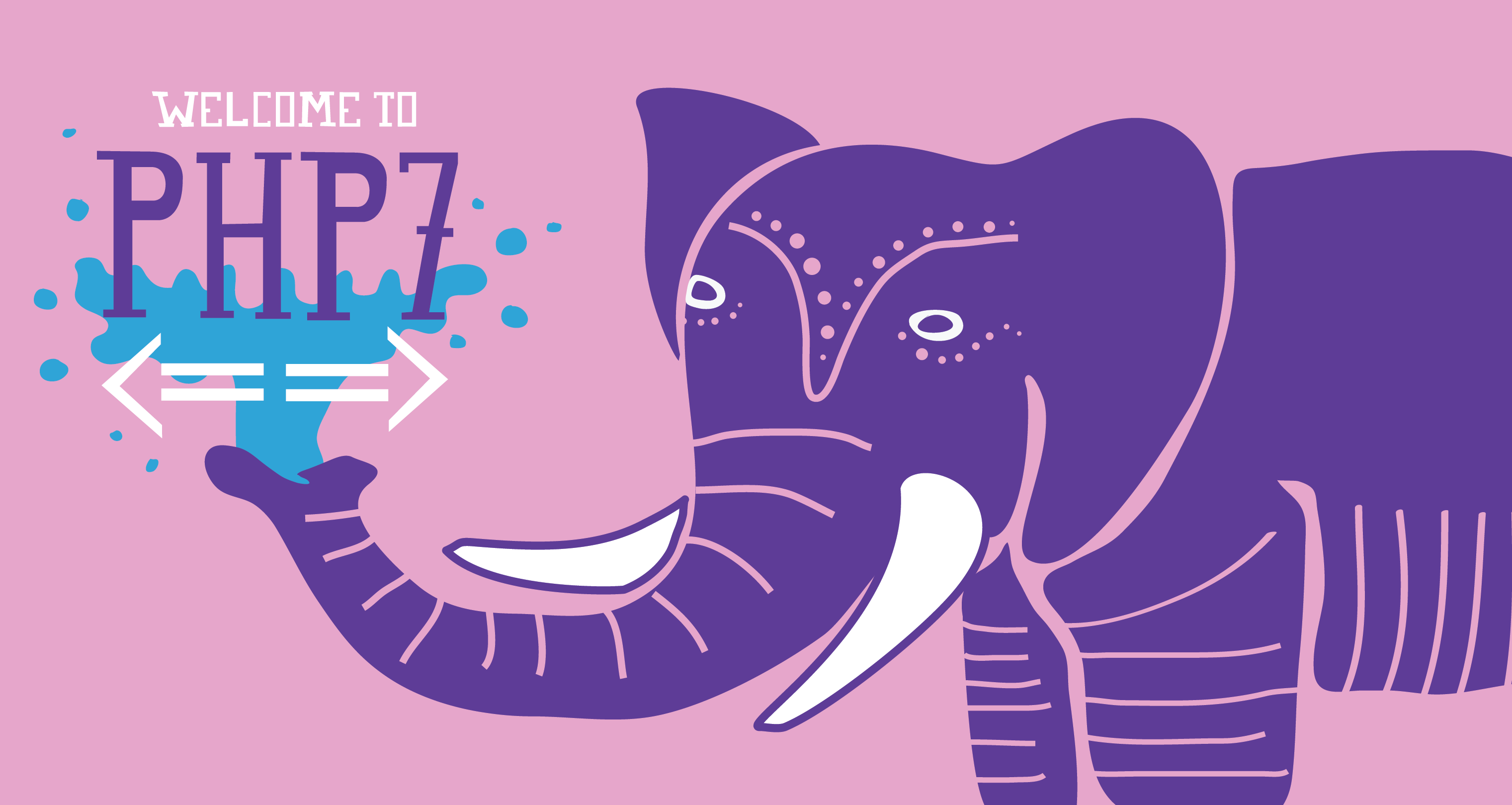 In this How-To, we will install a LAMP Stack on an Ubuntu 14.04 Cloud Server with PHP7. PHP7  should be released sometime in November 2015 and if you plan on adopting the new version, now is a great time to test your code. This guide will give you the option to install the Beta1 build or the newest nightly build of PHP7. If you’d like to learn more about PHP7, read our articles What is PHP7 – Breaking Changes from PHP5 and What is PHP7 – Performance Improvement.

NOTE: PHP7 is still in development and should not be used in production environments until it is fully released.

A server with Ubuntu 14.04  installed is required, which will take care of the Linux portion of the LAMP stack install.

Installing LAMP on Ubuntu 14.04 with PHP7

To get PHP7 working we need to add the early access repo with the following command:

Once added we should make sure our system is up to date with the following command:

Hit enter to when it asks “Do you want to continue?” during the install.

After installing, check to see if Apache is running by running the command:

You can also verify if Apache is  working by opening your browser and going to http://youripaddress

If you do not know your IP address,  run the following command: 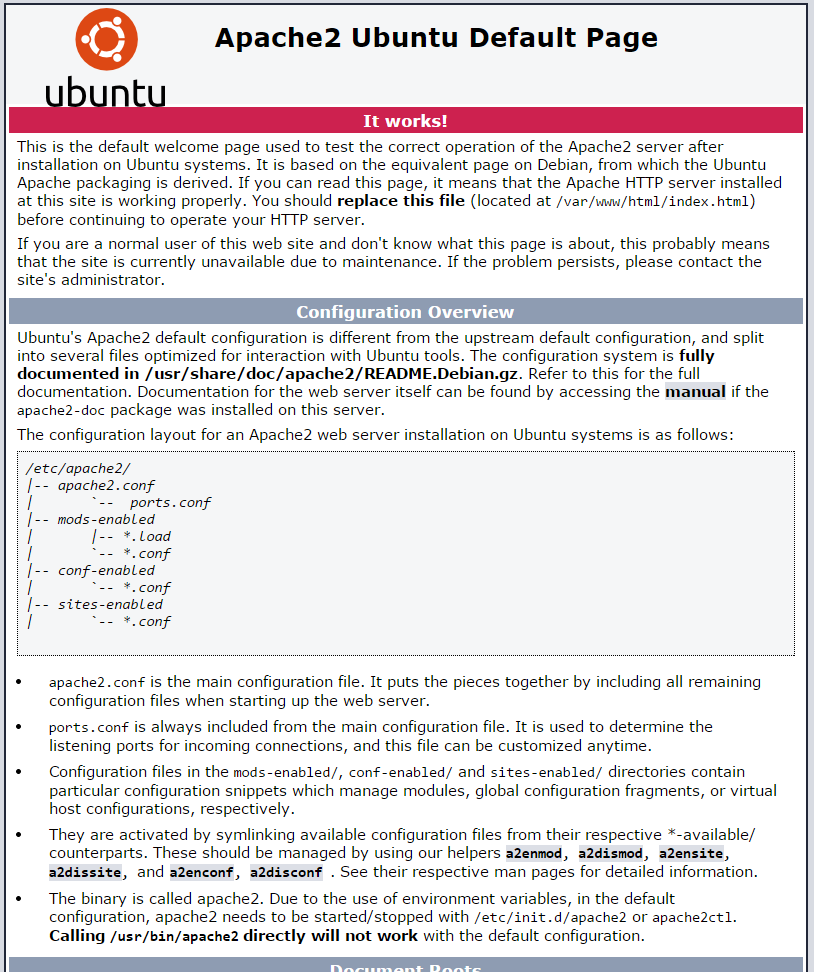 The default page for Apache on Ubuntu 14.04

Install MariaDB with the following command:

Hit enter when it asks “Do you want to continue?” during the install. 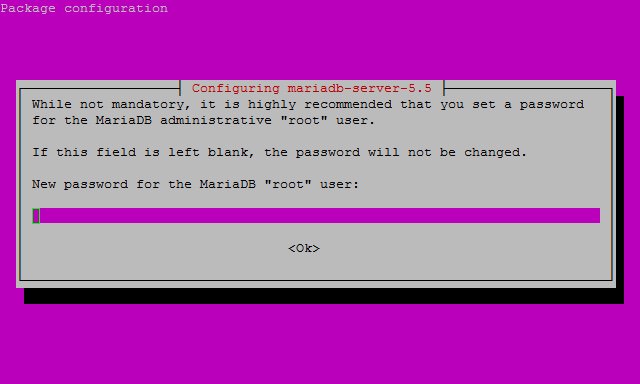 After you enter your MariaDB root password, you will need to re-enter it. 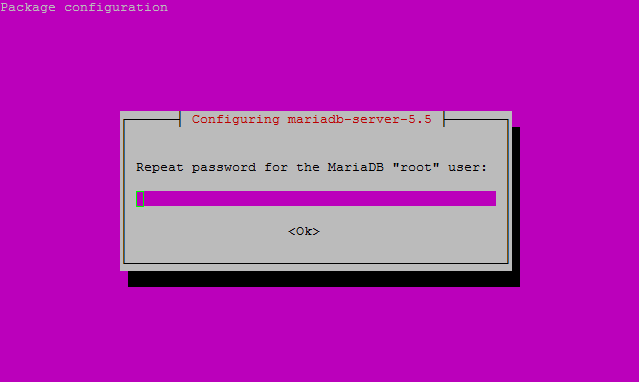 Continue with the MariaDB Security installation with the following command:

Note: You will be prompted with a series of questions. Just type N for the change root password question and Y for yes on all of the rest, see the screen shot below: 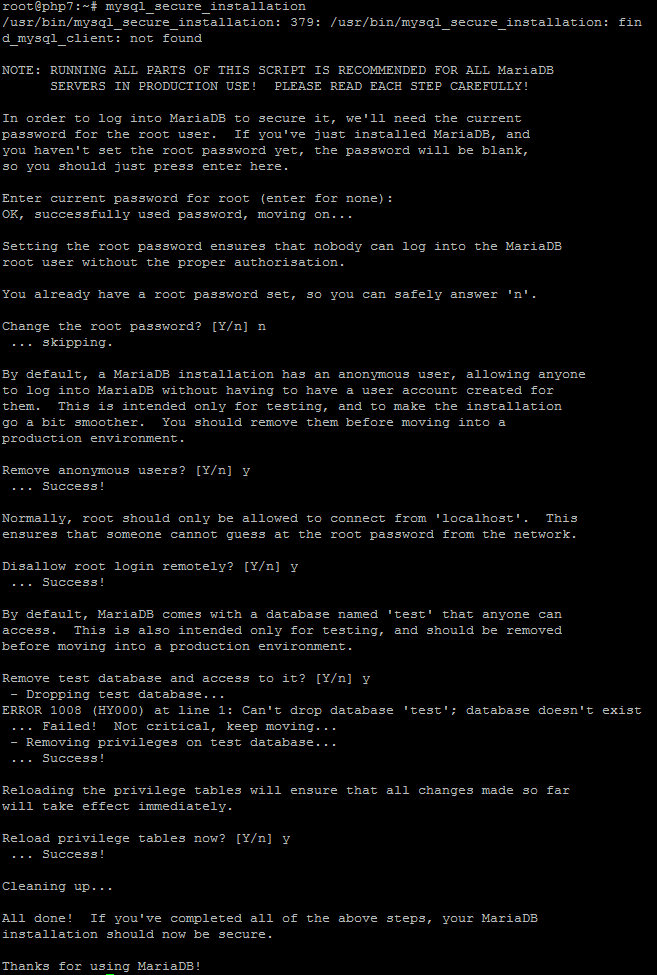 Verify that MariaDB is running with the following command:

To install the PHP7 Nightly Build:

To install the PHP7 Beta 1:

Hit Enter when it asks “Do you want to continue?” during the install.

You will also get a warning similar to the following

Type Y and then hit Enter to continue.

Getting PHP7 to work with Apache

We need to move the modules and libraries of PHP7 into the appropriate Apache directories with the following commands:

We now need to edit /etc/apache2/apache2.conf and add the following lines to the bottom of the file.

Once added run the following command to enable the PHP mpm module and switch to mpm_prefork.

Since we made changes, we need to restart Apache so that the changes take effect:

To test out PHP7, we need to create a PHP file a named info.php in /var/www/html/  using your favorite editor and insert the following lines of code.

Test out this  page in your browser with the following hyperlink with your IP address: 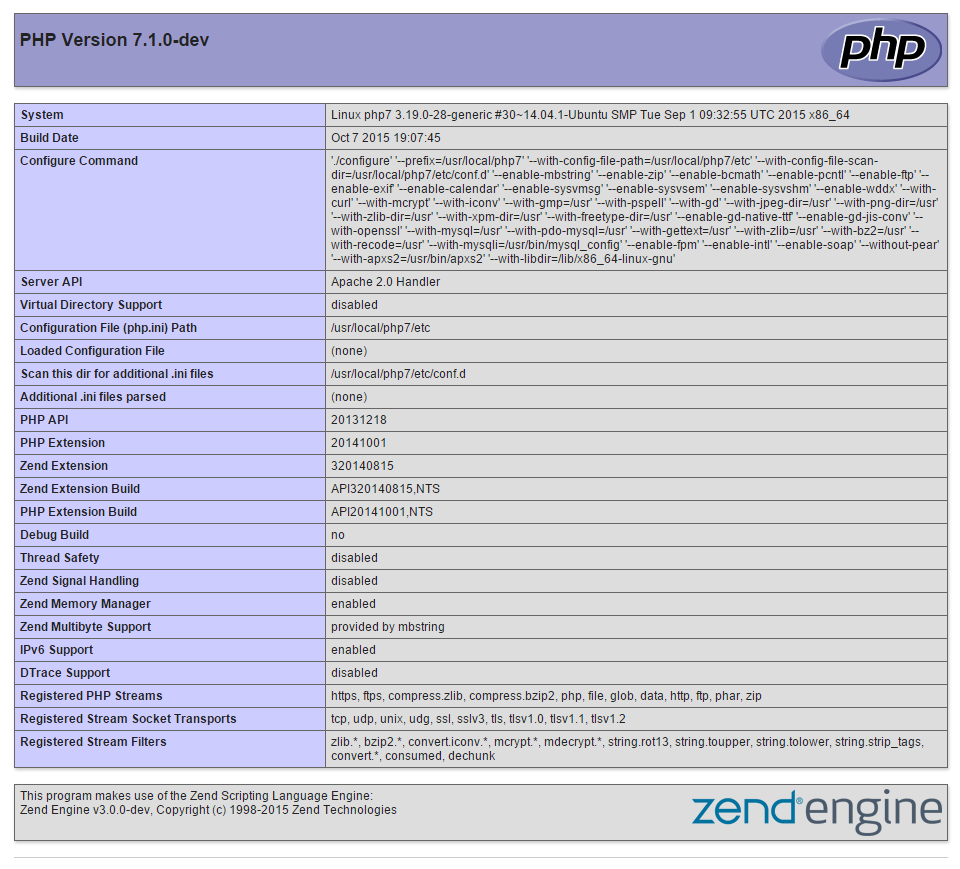 The result of the php.info file you made, using PHP7

Check the PHP version at the top of the page it should be 7.0 or higher.

It’s a good idea to remove your info.php as hackers can set up attacks as they know more information about your server. Remove it with the following command:

Congratulations! You have just installed PHP7 with LAMP on your Ubuntu 14.04 Server. Thank you for following this How-To, and please check back for more updates or learn more about our reliable dedicated servers and dedicated server hosting solutions.