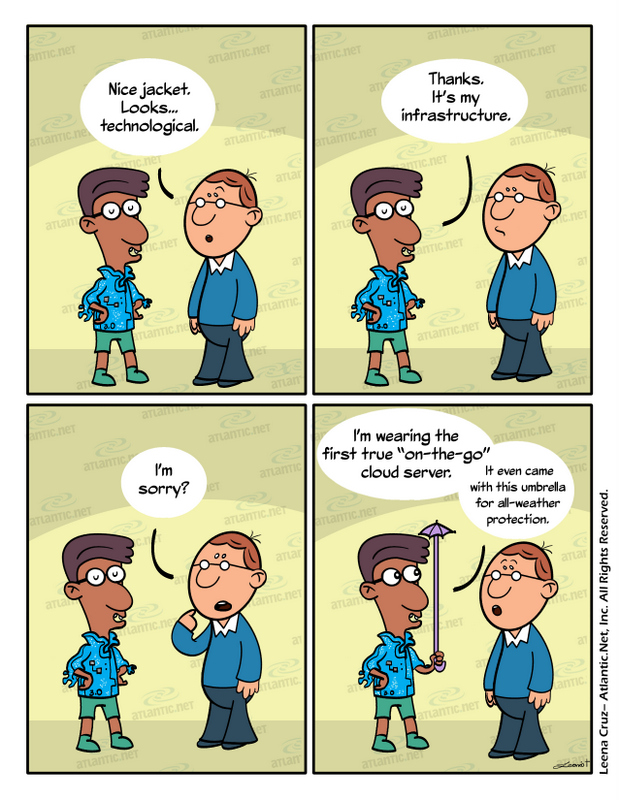 Let’s face it: the cloud is growing. Why is the cloud so hot in the technology world and in the business world generally? And is it developing as strongly and quickly as we think? The term cloud is so widely used and frequently misunderstood – with 51% of people thinking the cloud is impacted by changing weather patterns – that it seems at times to resemble a fad. It is anything but.

Just how fast is the cloud growing?

The following statistics, courtesy of Cesar Orosco of NetApp, paint a clear picture of just how powerful cloud server hosting is becoming:

Below, we will explore implications for two critical components of business growth and sustained success: innovation and engagement.

John Dillon describes a number of ways in which the cloud helps to accelerate a business’s engagement with its customers. Put simply, the cloud is incredibly efficient: it is both cost-effective and reduces the time frames required for strong customer interaction. Dillon’s basic argument is that resources should be directed toward technological development to enhance engagement with customers (a macroscopic approach) rather than focusing on more isolated engagement scenarios (a microscopic approach).

He suggests that the cloud is built to meet the needs of organizations throughout all verticals, regardless of their size, with the following capacities:

One way in which the cloud is helpful is in its capacity to reduce the need for filtering. Many businesses suffer from a ballooning store of ideas generated both by their creative team and by their customers. The challenge, then, is not brainstorming but fast and inexpensive implementation, so that ideas can be deployed and tested. There is less need for lengthy analysis about whether something is worth the expense.

You want scalability so that you don’t hit limitations if your idea is indeed a massive success. With the cloud, all you have to do is click a few buttons and any limits that you have placed on your account rise to meet the incoming demand.

If you want to go after a small section of your general target audience, the cloud makes it possible to test your approach quickly and without a huge investment. To put it another way, the cloud can allow your users to be delivered a more personalized experience. Dillon provides the example of specifying a campaign toward young mothers. The cloud allows you to create a forum for them where they can share their ideas and engage with each other: test-marketing that is cost-effective to complete.

Accelerating innovation with the cloud

In another article, Dillon references a couple of pieces of research that underscore how crucial innovation is for companies and also how difficult it is to conduct. In 2010, McKinsey questioned business executives around the world on the topic and found that 84% of them cite innovation as a key factor for business success. Nonetheless, only 94% think that their organization’s strategies are working sufficiently.

One of the typical problems with innovative maneuvering is that it can disrupt what is currently working for an organization. However, the cloud can be an offshoot of your business rather than the complete structure. A cloud project can exist on its own.

Because change is difficult for many organizations, they don’t prioritize it. However, because they don’t prioritize it, it becomes more difficult because there is no framework in place to organize projects geared toward novel adaptation. The cloud can serve as that framework, provided the company also creates goals and guidelines to accompany it.

The IT staff of a business is often so focused on defense – blocking security threats, as well as preventing bugs and other systemic breakdowns – that the offense never takes the field. If apps and innovation are transferred into cloud environments, the IT team can use that atmosphere to be proactive and score some points on your rivals.

The cloud server hosting options are certainly growing quickly. The real question for each business is the extent to which they will be a part of that process. As seen above, there are strong and specific advantages of using a cloud server as a part of your infrastructure. Atlantic.Net can be your partner in the process.

Cloud server hosting is just one of many services Atlantic.net offers – we also offer managed, dedicated and PCI compliant hosting solutions. Contact us today for a consultation.