Many people confuse the terms “gigabit” and “gigabyte” by either using them synonymously or confusing their meanings. While both are units of measurement describing digital data, how much they measure and how they are used are different. We explain these different meanings to define them clearly.

A bit is the most basic unit used in computing and telecommunications. A bit is a binary unit, meaning it can have one of two values: a 1 or a 0. In computers, this value can indicate expressions such as “true” or “false,” “yes” or “no,” “come hither,” or “ain’t gonna happen.” (Just kidding with that last one!)

They are also different in how they are used as units of measurement. Bits are generally used when measuring the rate of data transfer. When we talk about network throughput (or what is often called “bandwidth”) or internal data transfer (such as in describing SATA or USB speeds), we use megabits per second or gigabits per second. 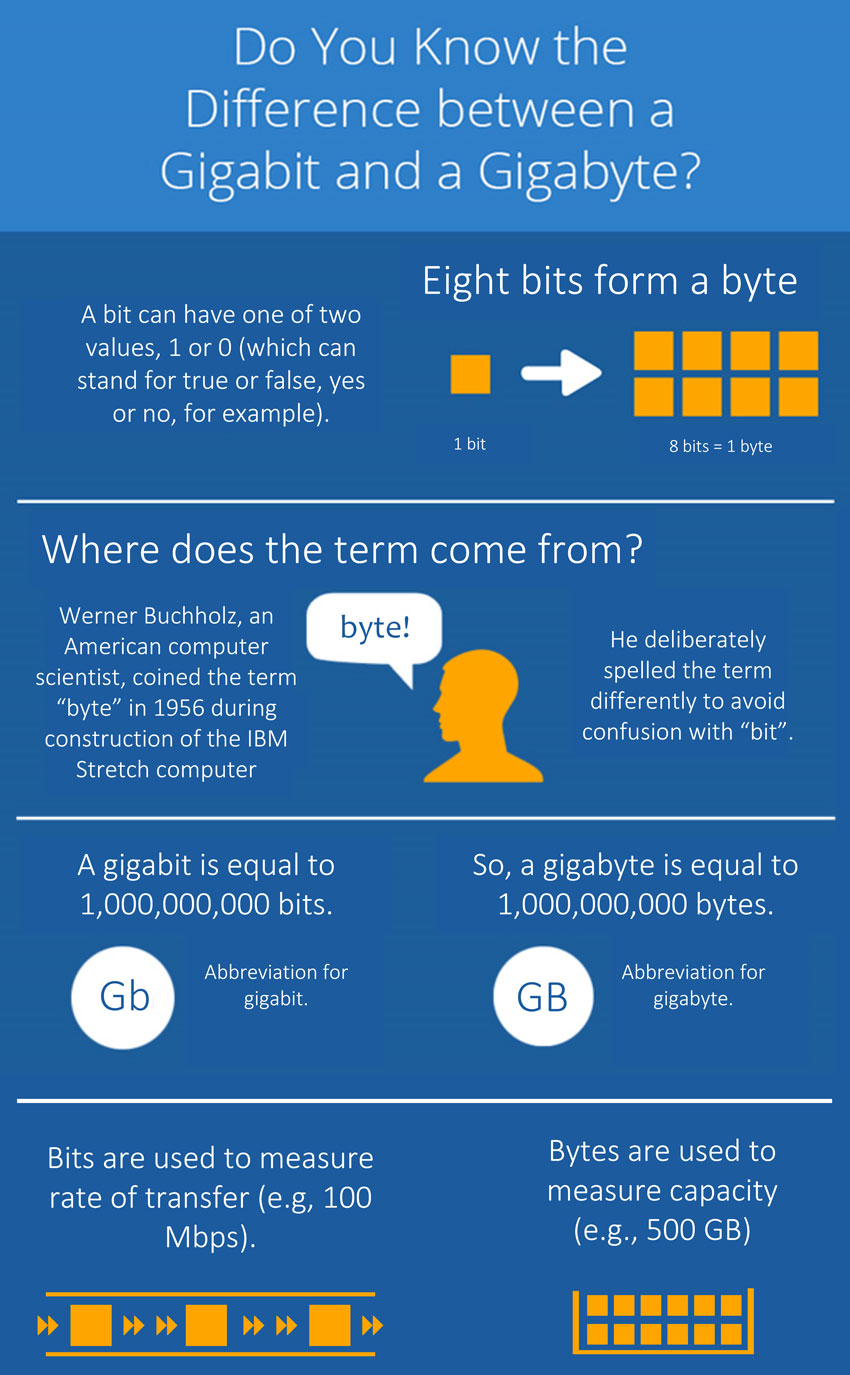