The word malware is a short form of two words put together; malicious and software. It refers to a program designed to infiltrate a system without the victim’s knowledge and damage it. Once the cybercriminals have access to a computer network, the victim remains oblivious to the fact that his/her computer has been compromised. Malware is a huge cybersecurity threat, as it may result in loss of data and identity theft, among other unpleasant results. 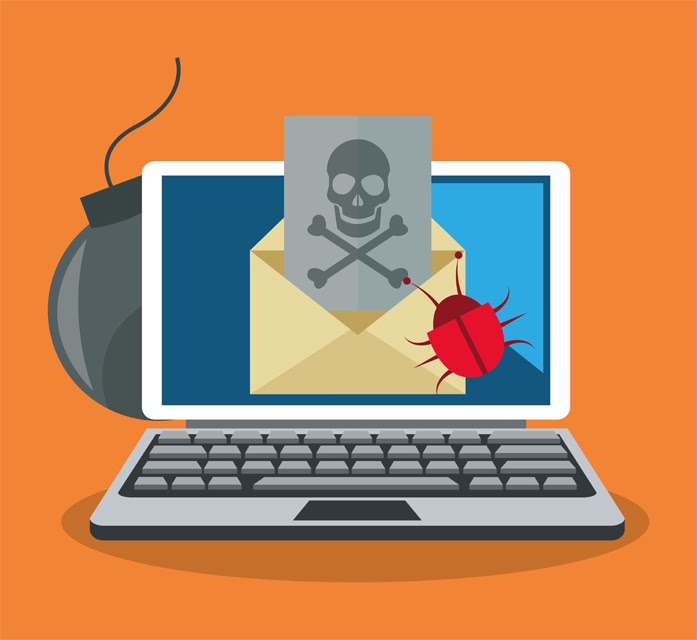 How Does Malware Work?

Overall, malware is intended to bring profits for hackers. After infecting the computer, it steals the victim’s information, such as passwords and usernames, locations, contacts, and so much more. This information is usually sold to the dark web.

With the help of certain types of malware, i.e., ransomware , hackers access the victim’s computer and lock all the data stored on it. They then ask for a ransom to be paid in order for them to decrypt the data.

These two classes of malware are quite contagious. They’re both designed to replicate easily and move from one computer to another.

Viruses mostly infect legitimate software and get into the computer when the victim uses the software. The viruses then perform malicious acts, such as destroying or corrupting data.

On the other hand, worms spread from one computer to another without requiring any action from the user. They take advantage of any vulnerability they find in existing security tools or the operating system.

This second classification of malware involves a concealed attack on an unsuspecting user’s computer. Trojans disguise themselves by pretending to be harmless software. Most users download them unknowingly, thinking that they’re installing useful programs.

Rootkits mask harmful viruses in such a way that they go unnoticed by antivirus programs.

These two types of malware are used to monitor the victims’ actions, such as web browsing habits and the most frequently used applications. The data collected is used to commit identity theft-related fraud, such as stealing money from the victim’s bank account.

Ransomware encrypts the victim’s data and sends a ransom note demanding that payment be made in Bitcoin or another cryptocurrency. The victim is threatened that if he/she doesn’t pay on time, either the ransom will increase or all their data will be permanently erased. This type of malware can be especially damaging for organizations who have a responsibility to maintain data security, such as those covered by the requirements of HIPAA compliance.

The perpetrators promise that a decryption key will be sent to them after the payment has been made. However, this does not necessarily happen – once the money has been paid, a cybercriminal might ignore the victim.

Adware is designed for the sole purpose of making money through advertising. It’s intended to get the user to watch as many ads as possible. Every time the user clicks on the ad, the cybercriminal gets some money. In most cases, these ads also steal the user’s information.

Long ago, before the numerous technological advancements that we see today and before the pervasive spread of the Internet, malware was transferred from one computer to another manually. This happened through floppy discs or CD-ROMs. Today, malware may still be spread through physical means, but the vector is USB sticks or flash drives.

However, this dubious software is more commonly delivered through other means. For example, infected attachments are distributed via email. When users click on the links, their personal information and other types of data are left vulnerable, especially if they don’t have any sort of PC repair software tools installed.

Some hackers deliver malware using complicated alerts in the hope of tricking unsuspecting victims into participating. For example, the victim may be made to believe that he/she has won a contest, missed a delivery or tax payment, or has received some money in their bank account. In this instance, the victim’s attention is fully drawn, and he/she is bound to follow that up with an action to try and get more information. Doing this activates the malware.

Whenever the hackers have a specific target in mind, they can customize the false message to lure an individual or a particular organization.

It’s worth knowing that malware may spread through means other than those described here. Some ways do not even require any action from the end-users. These techniques take advantage of software vulnerabilities in the system.

What Does Malware Do to Victims’ Devices?

How can one tell if their device has a malware infection considering that the damage is internal and not physical? It’s quite simple to figure this out, since malicious software usually performs repeated tasks that take up resources on your computer.

Since malware is quite difficult to detect, some devices may be infected without the user ever noticing it. Here are some of the signs that are huge indicators showing that your device may have malware:

To further confirm your doubts, you should run an anti-malware scan. Make sure that you use the most comprehensive product in the market to keep your device safe.

How to Remove Malware

Malicious software sneaks into peoples’ computers when they least expect it. If your device has already been infected, you should remove the malware as soon as possible to prevent any further damage.

The easiest way to remove malware from your computer is by using your antivirus program. If you’re having trouble removing the threats in a normal boot environment, try going into Safe Mode and tackle the infection from there. Keep your antivirus database updated at all times to prevent new malware from sneaking into your device.

Although macOS and Windows both have their own malware scanners, some new viruses, like rootkit malware, are so complex that you need extra help.  This type of virus can’t be dealt with using your regular malware removal techniques, so don’t hesitate to ask for professional help.

But the best way to deal with malware is to not get infected in the first place. Having a foolproof cybersecurity strategy in place ensures that your data and your devices are protected from all types of threats.

How to Protect Your Computer from Malware Infections

Even though all devices that connect to the Internet are prone to malware attacks, there are some actions that you can take to stay protected. These include:

The threat of malware attacks keeps getting more serious with each passing day. Malware gets installed onto the victims’ computers without their consent and steals their personal information, usually for profit-making purposes. The attacks may happen on all types of devices, including PCs, tablets, and smartphones. Malware attacks also affect all types of operating systems ranging from Windows, Android, Linux, macOS, and iOS.