Apache and Nginx are free, open-source and the most widely used web servers in the world. Apache is the number one server, while Nginx comes in the second place. Apache is known for its power and the backend compatibility while Nginx is known for its speed. Nginx provides a rich set of features including load balancing, security, and acceleration. Using Nginx as a reverse proxy allows you to use these features for any web application.

Using Nginx as a reverse proxy for Apache will allow both servers to work together and allow you to take advantage of the benefits of both servers. You can easily monitor what traffic goes in and out through the reverse proxy.

First, Login to your Atlantic.Net Cloud Server. Create a new server, choosing Ubuntu 18.04 as the operating system, with at least 2GB RAM. Connect to your Cloud Server via SSH and log in using the credentials highlighted at the top of the page.

Once you are logged into your Ubuntu 18.04 server, run the following command to update your base system with the latest available packages.

Once installed, start the Apache web service and enable it to start after system reboot with the following command:

By default, Apache listens on port 80. You will need to configure Apache to listen on port 8080. You can do it by editing ports.conf file:

Replace it with the following:

Save and close the file. Then, open the Apache default virtual host file with the following command:

Replace it with the following:

Save and close the file when you have finished. Then, restart the Apache web service to apply all the configuration changes:

You can now verify that Apache web server is listening on port 8080 with the following command:

You should see the following output:

Next, you will need to install Nginx and configure it as a reverse proxy to forward requests coming on port 80 to the Apache webserver that is listening on port 8080.

You can install the Nginx web server by running the following command:

Once installed, start Nginx service and enable it to start after system reboot:

Next, set up the Nginx reverse proxy by creating a new virtual host file:

Save and close the file. Then, enable the virtual host configuration file with the following command:

Next, verify Nginx for any syntax error with the following command:

If everything is correct, you should get the following output:

Nginx and Apache are installed and configured properly. Now, you can test the functionality of the Nginx reverse proxy.

To do so, open your web browser and type the URL http://example.com. You will be redirected to the Apache default page as shown in the following screen: 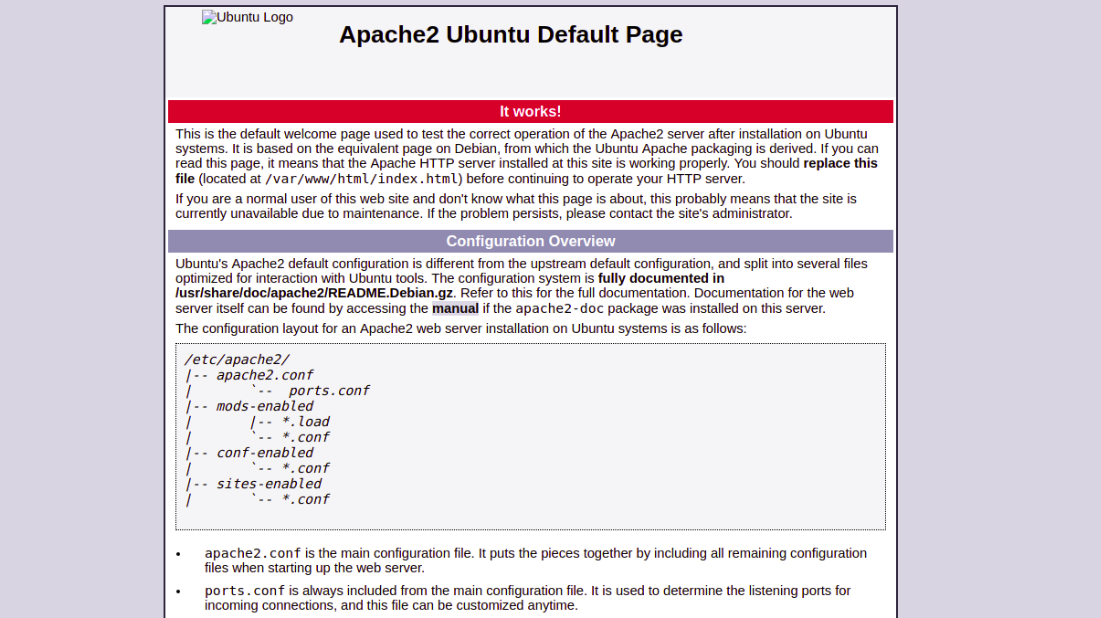 If you’re ready to get started with a virtual private server for hosting your websites, visit Atlantic.Net’s VPS Hosting page to find a hosting package that’s right for you.